The red panda is slightly larger than a domestic cat with a bear-like body and thick russet fur. The belly and limbs are black, and there are white markings on the side of the head and above its small eyes.

Red Pandas live in the Eastern Himalayas in places like Nepal, Bhutan, and south western China living at altitudes of 7,000 to 12,000 feet in temperate forests. Primarily a herbivore, the name panda is said to come from the Nepali word ‘ponya,’ which means bamboo or plant eating animal.

Despite them both being found in the same continent and both sharing a name and feeding mainly on bamboo – the red panda has little resemblance to its distant cousin: the giant panda. It is also of the same taxonomy as the raccoon, with which it shares a ringed tail and similar size. However, red pandas are considered members of their own unique family — the Ailuridae.

Just like the giant panda, the red panda is a bamboo eater and its diet is mainly bamboo. During summers, the red panda may feed on fruits, mushrooms, leaves, grasses, roots, fruits, lichens and acorns. Although considered herbivorous, the red panda will occasionally take birds eggs and it is speculated that they may eat mice and birds on occasions. Because the nutrient level of bamboo is so low, the Red panda has a slow metabolism and spends a good part of its day foraging.

Despite being around the size of a domestic house cat, they can chomp their way through 2kg a day of bamboo.

It might seem like an oxymoron, but carnivore in this case doesn’t mean meat eater. Carnivore is a biological order that includes groups like bears, dogs, and cats, and while these animals are generally carnivores, some are omnivores, and some are vegetarians. Red pandas are classified as carnivores because they’re descended from the same ancestors as the other carnivores, but they rarely eat anything other than bamboo and a few insects.

Unlike giant pandas, who eat all of a bamboo plant – red pandas eat only the young leaves. Because this is such a nutritionally poor food source, they need to spend 13 hours a day eating and looking for food and can lose upwards of 15 percent of their body weight in winter. 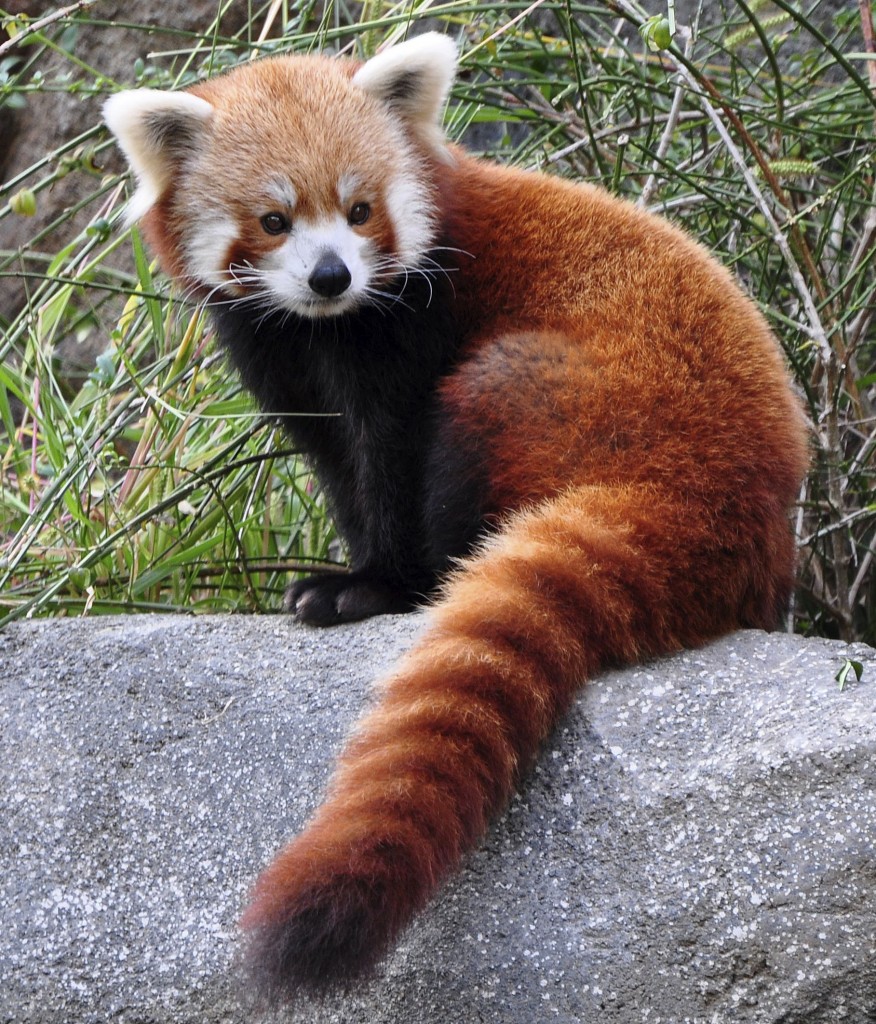 The Red panda is nocturnal and is mostly active in the early morning and late afternoon spending most of the day resting in trees conserving their energy as their bamboo diet has a low energy content. Red pandas are normally solitary creatures, however, they form pairs in the breeding season.

Almost 50% of the red panda’s habitat is in the Eastern Himalayas and the loss of nesting trees and bamboo as forests are destroyed by logging and the spread of agriculture is causing a decline in red panda populations across much of their range.

The red panda’s primary predator is the snow leopard, but habitat loss poses the greatest threat to these rare mammals. Red panda can also be killed when caught in traps that are meant for other animals – such as wild pigs and deer. They are also poached for their distinctive pelts in China and Myanmar. Red panda fur caps or hats have been found for sale in Bhutan. 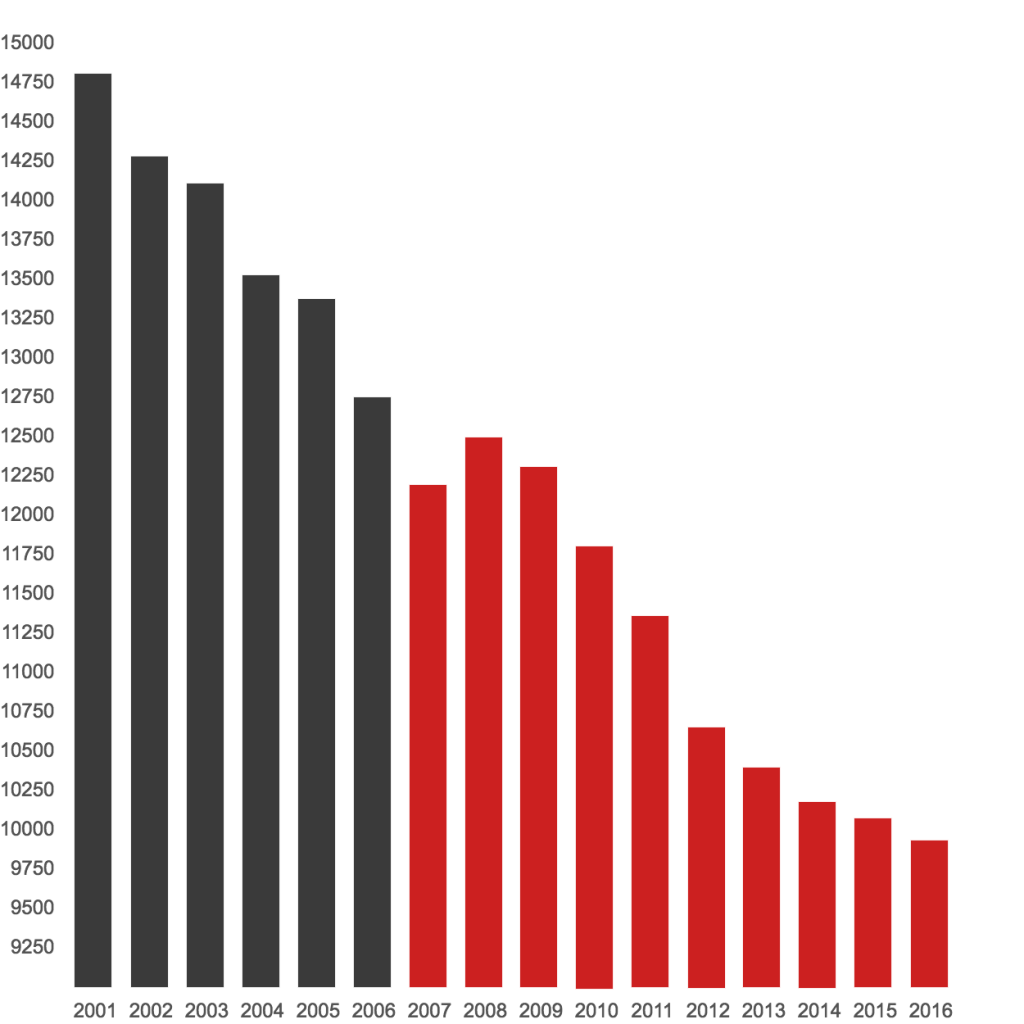 This graph represents the estimated population changes between the years of 2001 and 2016. The Red Panda population has drastically decreased over a period of 15 years, from an estimated 14,800 individuals in 2001.

Approximately 4,900 Red Panda individuals were lost between the years of 2001 and 2016, almost one third of the original population.

Overall, on average around 300 individuals are lost annually, should the current population decline continue the species could be extinct by 2065 if not earlier.